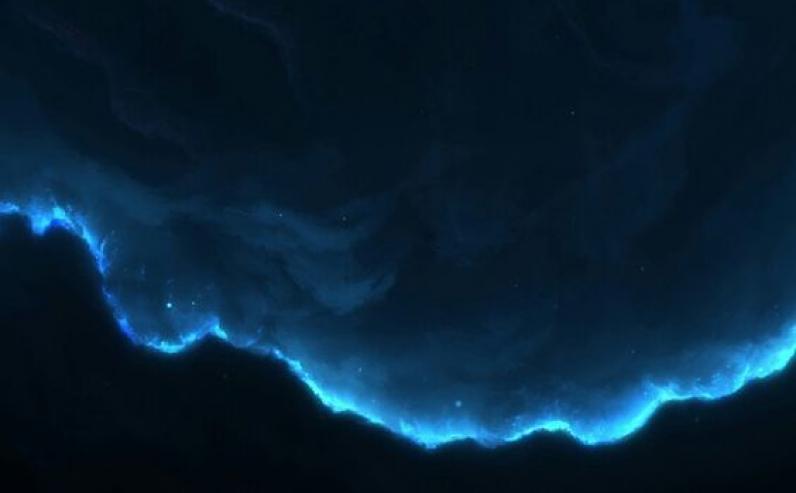 Friday January 24, 2020, at the very end of the evening, at 22:44 GMT + 1, it is New Moon, .. the beginning of the 1st Moon of the Year IV .. माघ अमावास्या [maghā amavasya] ..
.. it is placed very lately, this year 2020, at the very beginning of श्रावण [śravanā], in Capricorn j, to open the month of माघ माष [maghā māsam] .. the month of the blessing of his silent vows of purity .. which will come true one summer day, in the light and the matter of the Lion e .. माघ [maghā] ..
.. माघ [maghā] means as much : the reward for the gift of the self, the reward for the purity of the self, the reward for the generosity of the self .. the reward being the divine consequence, and not the expectation of a gain ..
.. मा [ma] - घ [agha] means : a gift without task and without sin, .. without vice and without demon .. माघ [maghā] is the time of कुम्भ मेल [khumba mela], the immersion of one's body in the frozen waters of the Ganges, .. in the company of the saints, the साधु [sadhu] .. this is the occasion for the renewal of one's vows of purity and self-denial, in the rites of purification by the waters of the goddess गङ्गा [ganga] .. the साधु [sadhu] reformulate on this very occasion, their vows of holiness, and of purification .. their chastity and their purity inspire the goddess who protects the world, and binds them even more lovingly to her .. purity unites the body and chastity binds the soul to the goddess .. purity creates a state of holiness which awakens the soul and makes it shine on the world in total chastity ....
.. माघ अमावास्या [maghā amavasya] traditionally announces, according to Vedic astrology, the coming arrival of the Hindu solar new year, which will be celebrated on April 13, 2020, at the passage of the Sun A to 0 ° sidereal of Aries a .. in Sanskrit, it will be called in this Year IV : शर्वरिन् [shārvarin] , which means :
.. time of upheavals and seizures .. time of questioning and restarting .. time of destabilizing cogitations and big decisions ..

.. from माघ अमावास्या [maghā amavasya], the frozen then starts to move, .. the silence becomes a melody .. the river of time begins to flow again in the space of our world .. what was mixed and confused, will be able to separate again .. what was divided and torn, will be able to merge again ..