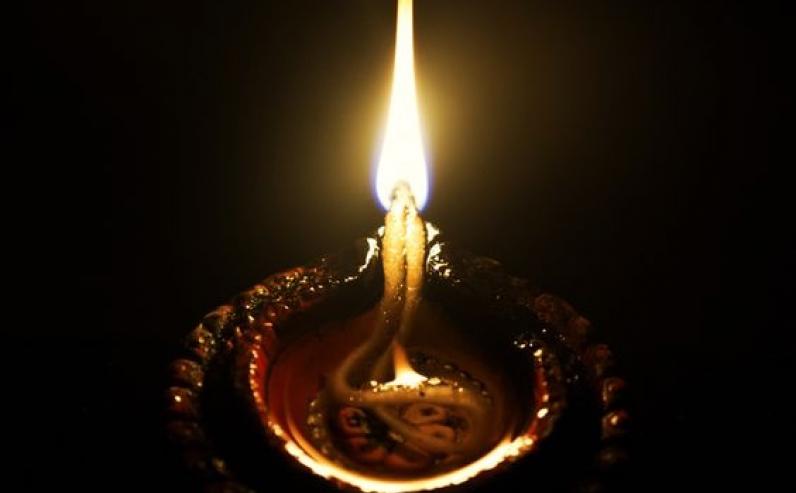 .. she is the night of the new moon of कार्त्तिक आमावास्य [kārtikka amavasya], .. she is the feast of lights .. this year 2019, she will be placed into the नक्षत्र [nakshatra] of स्वाति [svati] .. स्वाति [svati] is the sword that shows the path or warns of the arrival of destiny .. the sword that shows the choices and the karmic constraints .. astronomically, the star of Arcturus, स्वाति [svati] indicates the way to the north, according to legend, the place from whose destiny emerges ..  दीपावलि [diwali] is the time of the apotheosis of the alchemical Work with the Black, the Abyss (= l'Oeuvre au Noir), it represents the discernment between several quality of the Black .. a Black rich in ferments and in soils of possible realizations .. and an weird and terrifying Black, a hungry Black Hole, a void eating  all the matter and all the light of the universe .. and restituting nothing to the former universe ..

.. we enter into the eleventh new  moon of the Year XII, and the second moon of autumn .. कार्त्तिक ठमास [kārttika māsam] .. she is the second moon dedicated to the light over our कर्म [karma] .. the understanding of our karmic recurrence .. and to the relevance of our karmic choices .. in this Chinese year of the Pig of Earth, वाति [svati] represents the knowledge or not of the acts and choices that bring us long-term luck or not .. the knowledge of symbolic acts and karmic choices .. because in the end, knowing the power of कर्म [karma], do we really have the choice ? .. do we really have a freedom of action ? .. or would everything happen in the quality of self-observation by oneself ? .. self-observation, contributes to the real understanding of the choices and obligations of destiny .. to observe oneself is the first step towards a possible release of its कर्म [karma] .. the actor and the actor are by definition blind or of limited consciousness .. as the subject and the object are .. the passive observer (= the seer) is the only non-intervening identity that is free of all कर्म [karma] .. the passive observer observes the developing of good consciousness and bad conscience in reactivity ..